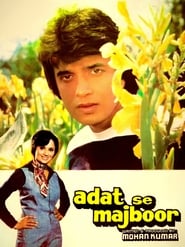 Dinanath Shastri (Madanpuri) is a devout Hindu firefighter. One day his son, Shankar (Mithun Chakraborty) brings home a young girl, Salma (Rameshwari) as he felt sorry for her. Dinanath thinks she is Hindu and calls her Shanti, and thinks of making her his daughter-in-law, as she nurses him and looks after the entire household after he has an accident. One day Dinanath meets with a blind man who he recognizes as Dr. Varma (Om Shivpuri), who he has known for many years. Dr. Varma's daughter, Neetu (Ranjeeta Kaur) and Shankar were childhood sweethearts. This news breaks Salma's heart but she does not let anyone know. Dr. Varma's arch enemy the wealthy, powerful, and seemingly generous Agnihotri (Amrishpuri) finds out he is alive and sets his goons out to kill him. Why would a rich and generous man want to kill a harmless blind man? What will be the reaction of the devout Dinanath when he finds out that Shanti is Muslim?