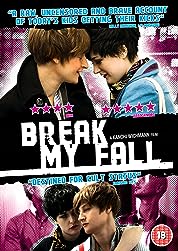 Three days in the life of four friends after which there's no going back. That moment in your life when everything changes forever. The boyish Liza (Redstone) and the girly Sally (Anderson) live in a messy London flat, where they consume rather a lot of alcohol and drugs. Sally is working in a cafe, while Liza works on songs for their post-punk band. But Liza is also consumed with jealousy over Sally's ex, who lives in Germany. Kanchi Wichmann’s promising debut contains plenty of sights, sounds and sensations that will be familiar to those acquainted with the east London queer scene – indeed, a timely sense of place is one of the strengths of this twentysomething drama.