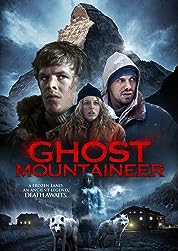 Ghost Mountaineer is a feature film with some hints of horror, based on actual events in Siberia back in Soviet times. A group of Estonian students on a winter hiking trip suddenly find themselves in the middle of bloodcurdling events in a Buryatian village. Olle, a closed off group leader disappointed in his mates, disappears in the mountains in the last day of the trip. Open-minded and adventurous Eero and the rest of the hikers are facing a situation they at first do not want to, but later can not solve. But no one is prepared for devastation seemingly conducted by the vanished group leader Olle. In strange country and amidst strange people, the group will soon find out that past actions and vengeance do not know the thin line between life and death.