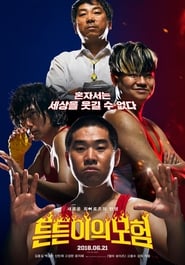 A high school wrestling team's fate is on the line due to their unpopularity and lack of budget. All the students have left the team except for two, who are from a broken family. The coach Sang-kyu lost his job and is making a living as a bus driver. However, he tries continuously to persuade the school principal to let the remaining team members compete in a match for one last time. At last, the principal gives them the chance to compete and the wrestling team only has two weeks to prepare for their final match.