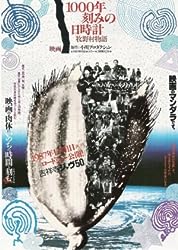 The movie compiles footage taken by Ogawa Production for a period of more than ten years after the collective moved to Magino village. Unique to this film are fictional reenactments of the history of the village in the sections titled "The Tale of Horikiri Goddess" and "The Origins of Itsutsudomoe Shrine". Ogawa combines all the techniques that were developed in his previous films to simultaneously express multiple layers of time--the temporality of rice growing and of human life, personal life histories, the history of the village, the time of the Gods, and new time created through theatrical reenactment--bring them into a unified whole. The faces of the Magino villagers appear in numerous roles--sometimes as individuals, sometimes as people who carry the history of the village in their memories, sometimes as storytellers reciting myths, and even as members of the crowd in the fictional sequences--transcending time and space.