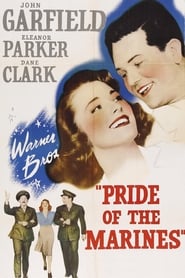 Al Schmid is a happy go lucky guy in Philadephia in 1941. He likes his life, despite his landlady's attempts to get him married off. One day he meets Ruth and she steals his heart. Pearl Harbor changes all their lives, as Al joins the Marines. His unit defeats a japanese attempt to retake gualcanal, but he is blinded in the action. Al has to struggle to adjust to life as a blind man and he breaks up with Ruth, but with the help of a red cross worker, his best friend Lee Diamond , he sees that his sacrifice was not in vain and he and Ruth are reunited