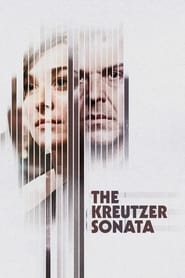 A film by Bernard Rose, based on the novel by Leo Tolstoy with music by Ludwig Van Beethoven. Edgar Hudson meets Abby, a concert pianist, at a dinner party. Abby is involved with someone else but that doesn't stop the two from acting upon their strong attraction to one another. They start to sneak around but it's not long before they realize they should be together. Soon after Abby breaks up with her boyfriend, she becomes pregnant with Edgar's child - something that was not planned.