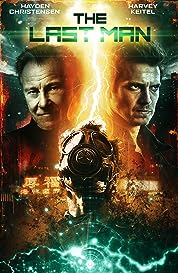 Prepare for the end of the earth! Kurt, who returned from the war, suffers from nightmares and fantasies. The elderly self-proclaimed prophecy predicts the weather and the end of the earth. The storm is going strong, the people are going crazy, Kurt is preparing for the end alone. My girlfriend wrote the stigma that stole my father's money I'm fighting a bunch of people who are after money and crazy people. The day of the end of swallowing the earth is approaching. There is no place to avoid. Survive! The final battle begins!