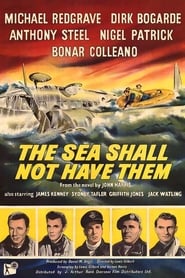 During autumn of 1944, an RAF Hudson carrying a VIP passenger in possession of highly secret information is shot down and ditches in the North Sea. Fighting the elements and trying to keep up morale, the occupants of the aircraft's dinghy talk about their lives awaiting the rescue they hope will come. The film's title reflects the motto of the RAF's Air Sea Rescue Service, one of whose high speed launches battles against its own mechanical problems, enemy action, time and the weather to locate and rescue the downed crew and the vital secret papers they carry.