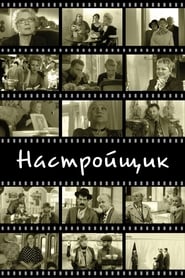 The Tuner (Russian: Настройщик, Nastroyshchik) is a 2004 mix film of art house grotesque and a sting comedy. At the heart of Kira Muratova’s film is her characteristic and enduring love of predation—predation for its own sake. The film offers a complex assessment of the human subject, civilization, and the creative act. The stars of the film include famous Russian actors such as Alla Demidova, Renata Litvinova, Nina Ruslanova, and Georgi Deliyev. Directed by Kira Muratova, author of sixteen films over forty-two years, best known in the West for her political rehabilitation during the perestroika period and the un-shelving of her so-called provincial melodramas, Brief Encounters (Korotkie vstrechi, 1967/1987) and Long Farewells (Dolgie provody, 1971/1987).