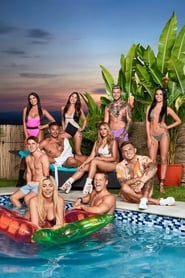 Geordie Shore has gone Down Under and we’ll soon get to see the results as the show returns to our screen with six new cast members and a shock return. It’s been seven years since the much talked about programme made its debut on MTV and for its SEVENTEENTH series, the lads and lasses have swapped the banks of the Tyne for Australia’s Gold Coast. A pampered and preened bunch of Aussies are on hand to show them how to party across the other side of the world.