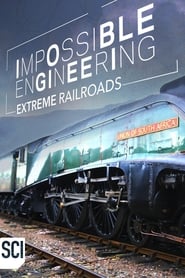 Since their spectacular rise in the 19th century, railroads have been at the cutting edge of engineering and technology and that remains true, even today. Extreme Railroads shines a light on the world's most extraordinary rail systems, including New York's Arthur Kill Vertical Lift Bridge, Japan's Bullet Train and California's Central Pacific Railroad.