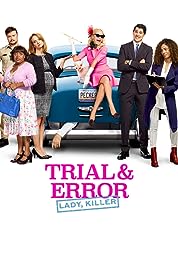 The second season centers on bright-eyed New York lawyer Josh Segal, still relatively a newcomer in a tiny southern town, who is sturdily posed for his next big case there. His mission? To defend the eccentric first lady of East Peck, Lavinia Peck-Foster, known for her flamboyant outfits, large hats and hairless cat, and who suddenly finds herself accused of the bizarre murder of her beloved husband.